Why an insurance broker is your best option.

As a family-run independent insurance broker, McLean & Dickey works for you, the client, and not for the insurance company, enabling us to give you unbiased advice on your insurance options. We have access to a broad range of top-name insurers, allowing us to find you the best coverage at the most comprehensive price. Our goal is to get you the best insurance coverage possible so that in the event of a claim, you are well protected.

We’ve been in business since 1922. We have decades of experience dealing with insurance companies and their claims departments. This combined knowledge and expertise our team brings to the service we provide our clients is second to none. Even more, we invest heavily in the continued education and training of our entire team, so that you’ll always have the advantage of industry-leading information.

We're local and here when you need us.

As Orillia’s only locally owned and operated insurance broker, we live and work in the communities we serve. Whether you’re in Barrie, Midland, Orillia or one of our surrounding communities, chances are that one of us is your neighbour.  We’re always here to answer all your questions whether in person, by phone or by email. It’s your choice.

Have to make a claim? We’re here to help. We’ll answer your questions, listen to your concerns and support you during the claims process. And, we’re always here to advocate on your behalf.

95% of our clients come back to us year after year because of the confidence they have in our insurance professionals. 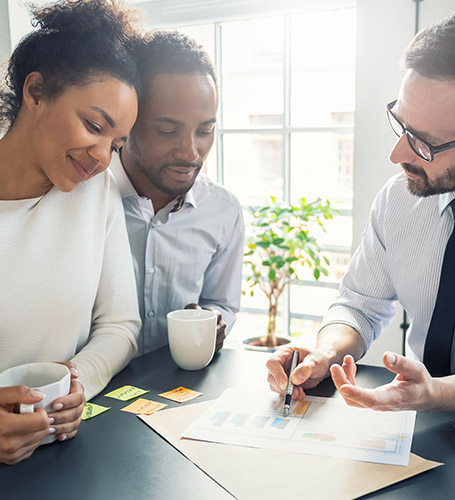 When George McLean Sr. started selling insurance in 1922, there were only a handful of cars in the area and most of the roads were unpaved. McLean, a former lumberjack, philosophy student and soldier, served as Mayor of Orillia in 1924 and later, federal member of parliament. His son, George Jr., who joined the firm in 1948, bought his father out two years later and brought in partner Marwood “Dick” Dickey shortly after. Over the years, McLean & Dickey developed a reputation for knowing their customers’ needs and providing exceptional personal service.

George McLean Jr. had a generous, outgoing nature and was genuinely interested in people. He was heavily involved with the community and served as Mayor in Orillia in 1961-62.

Wayne MacIntosh, who had been working as a claims adjuster in office upstairs from McLean & Dickey on Peter Street, joined the firm in 1973. “Dick” Dickey retired in 1978 and George Jr. brought in Bill Hamilton in 1976 and Bill Adams in 1979. Both had been working at major insurance companies. The trio of Bill, Bill and Wayne purchased the firm when George McLean retired in 1986.

Fast forward to today and McLean & Dickey is Orillia’s leading insurance company. While many things have changed since the company was founded, our reputation for understanding and serving our clients’ needs remains at the forefront of everything we do.

Discover how rewarding a career in the insurance industry can be.

Renovating for the future.

Vacant Store gets a new lease on life

After years of searching for the perfect location for its expansion, McLean & Dickey purchased a former Goodwill store that had been empty for four years and transformed it into spectacular office space designed to accommodate our growing team.

The complete retrofit involved gutting the space down to its exterior walls, adding spray foam insulation and upgraded double-glazed windows. New offices have glass walls to let in natural light and the roof sports skylights to further illuminate the interior.

But it’s the fully upgraded HVAC system and high efficiency LED lighting that really helped to reduce our carbon footprint while saving on energy costs. 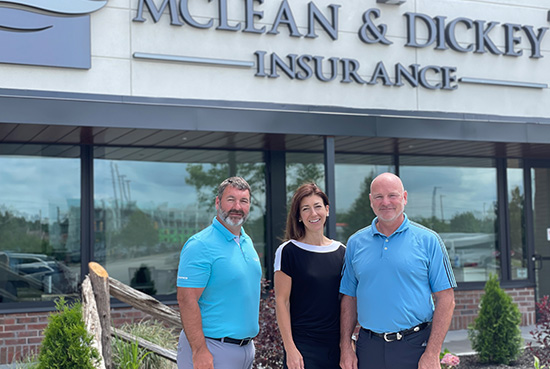 Together we're giving back.

Find out about how we're helping our community.